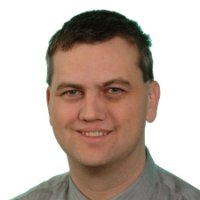 André is a senior Performance Consultant and troubleshooter at Rabobank and has been analyzing packets for over 25 years. First as a troubleshooter for network issues, both hard- and software, and later specializing in performance testing which requires a combination of in depth knowledge of networking protocols and coding skills, which is also used for testing security in the form of DDoS testing. André also is a trainer for an in-house ‘Wireshark bootcamp’ course.